Tristis Ward launching Bones of the Magus: All that Remains (Broken Jaw Press) 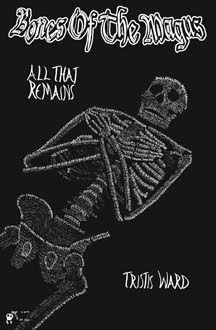 “Bones of the Magus is a fascinating synthesis of the comic book genre and literary prose. It is a graphic(less) novel in which vivid pictures are created literally and metaphorically through words. The story of a great prince, reincarnated as a skeleton into a foreign time and space, is a compelling and unusual read. Its breathless energy is sustained panel to panel throughout the book. Tristis Ward is the most creative writer I know and Bones of the Magus is her masterpiece. It is science fiction fantasy at its best.”
—Carolyn Gammon 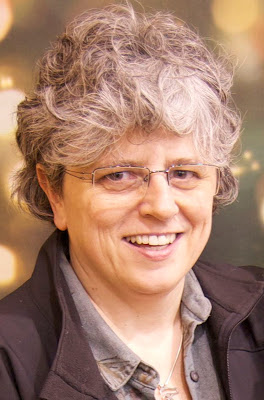 Tristis Ward lives and writes in Fredericton, New Brunswick. After a degree in English at Dalhousie University, she worked for years in community radio as a producer, station manager, and national lobbyist. She has written comic book scripts, short stories and plays as well as producing both stage and radio plays. She has published online in the SFF World Forum and is a multiple winner in their flash fiction contests. Bones of the Magus is her first graphic novel. 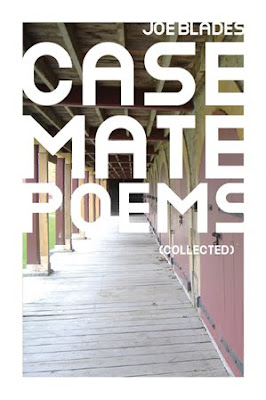 “To read Canadian poet and artist Joe Blades’ book of poetry casemate poems means to get knowledge about one very specific way of understanding poetry today. [...] Blades’ poetry is written by activating different layers of human knowledge and by articulation of this knowledge, for example, in narrations of history and geography. He moves in time (historical perspective) and in space (for example, actual events in the world at the time, such as the attack on the World Trade Center) […] Poetry is not a separate sacred sphere, but a sphere where it is possible to articulate a critical approach to the past and contemporaneity.”
—Dubravka Ðurić 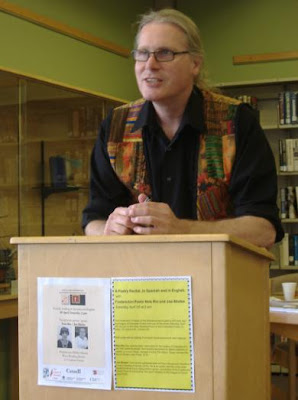 Joe Blades is a Fredericton, NB writer and artist on the editorial board of revue ellipse mag. He is founding publisher of Broken Jaw Press, and the current Past President of the League of Canadian Poets. Blades has given readings, lectures, and workshops in Canada, the USA, Scotland, and Central Europe. Since 1995 he has been the community radio producer–host of Ashes, Paper & Beans: Fredericton’s Writing & Arts Show (CHSR FM). Blades is the editor of ten anthologies, curator of a videopoem screening, and author of seven poetry books, including River Suite, and the sequel to Casemate Poems (Collected) titled Prison Songs and Storefront Poetry.