The translated poems will be published in the literary magazine Poetikon 35-36, in March 2011.

This is something I set into motion last April at the 4th Unconventional Convention of Young Canadianists in Baia Mare, Romania when I gave a copy of Nela’s book to Michelle Gadpaille, University of Maribor. 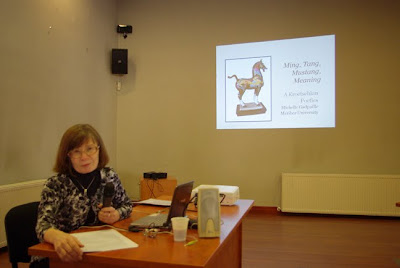